A Great Disturbance in the Neighborhood - The Castle Doctrine Lives!

The Castle Doctrine is a robbery MMO. With a bizarre mix of simulation and roguelike elements, it's a game about building a house to protect your family and your money, robbing others, and eventually experiencing the inevitable: having others destroy everything. My experiences in this game were unlike anything else I've ever felt in a videogame.

I used to rave about this game. In fact, it was the very first thing I wrote about on this blog:

I kept recommending TCD until shortly after it came out in early 2014. It had a really good run, but then interest faded. The player base dwindled from hundreds to dozens to almost nothing. And it's not at all a single player game. It was fundamentally broken without a large player base. Content was removed from the game rapidly because a single skilled player could wipe out multiple houses. A lack of houses presented two problems: nothing to do and no way to learn. The small handful of houses remaining at any given point were impenetrable mansions built by expert players with YEARS of experience. The "learning curve" in the game was a brick wall.

I kept talking about the game with such excitement, but in an academic way. Always with the caveat "it's probably not worth buying though."

Four years later, out of the blue, things have changed!

In an attempt to fix player base issues, the developer recently revisited the game's logic, first by reducing chill timers and then bringing back abandoned houses. Log in today and you'll be guaranteed to see 100 houses on the list. The game no longer lacks content and the learning curve is actually reasonable. I believe these two changes alone make the game worth recommending once again.

After writing several blog posts about why TCD fascinated me, there's not much left to say. However, I did want to revisit my favorite houses one last time for nostalgia (and to show how fun this game can be despite its brutal nature).

1) The leap of faith

It isn't anything remarkable today, but I played early in TCD's alpha and might have been the first to discover this "leap of faith" puzzle. To get past the trapdoor and electric floor tiles safely, you must find a pitbull elsewhere in the house, get it to follow you at the correct distance, and use the dog to carefully unlock the final traps.

I had a lot of fun with clocks (they can power traps on alternating turns). The great part about using clocks is they can discourage tool use. Using a tool advances the electronics timestep, instantly turning a deactivated trap deadly.

The most memorable thing about this house is not its design, but how it was beaten. One of the best TCD players invaded me with SEVENTY NINE SAWS, which is a delightful and absurd yet crushing thing to have to repeat. :) 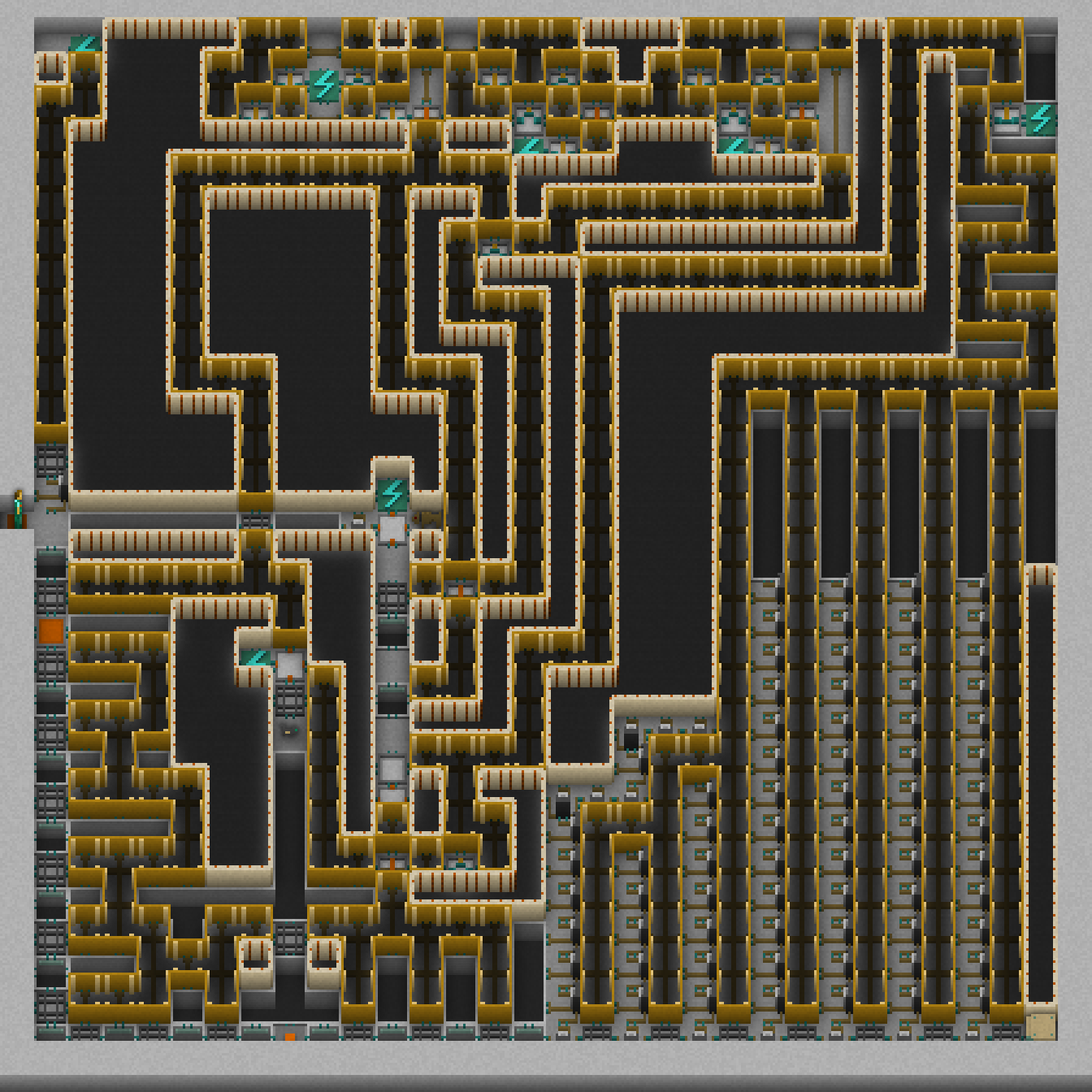 From a "thinking outside the box" perspective, this one is probably my favorite. It's a clock house again. But unlike most high-defense houses that hide the safe behind layers upon layers of obfuscation, this one has the safe practically in "plain sight". Defeating it without tools requires an arduous journey all the way through the house and back again, finally ending up in a spot where the pitbulls can be neutralized. 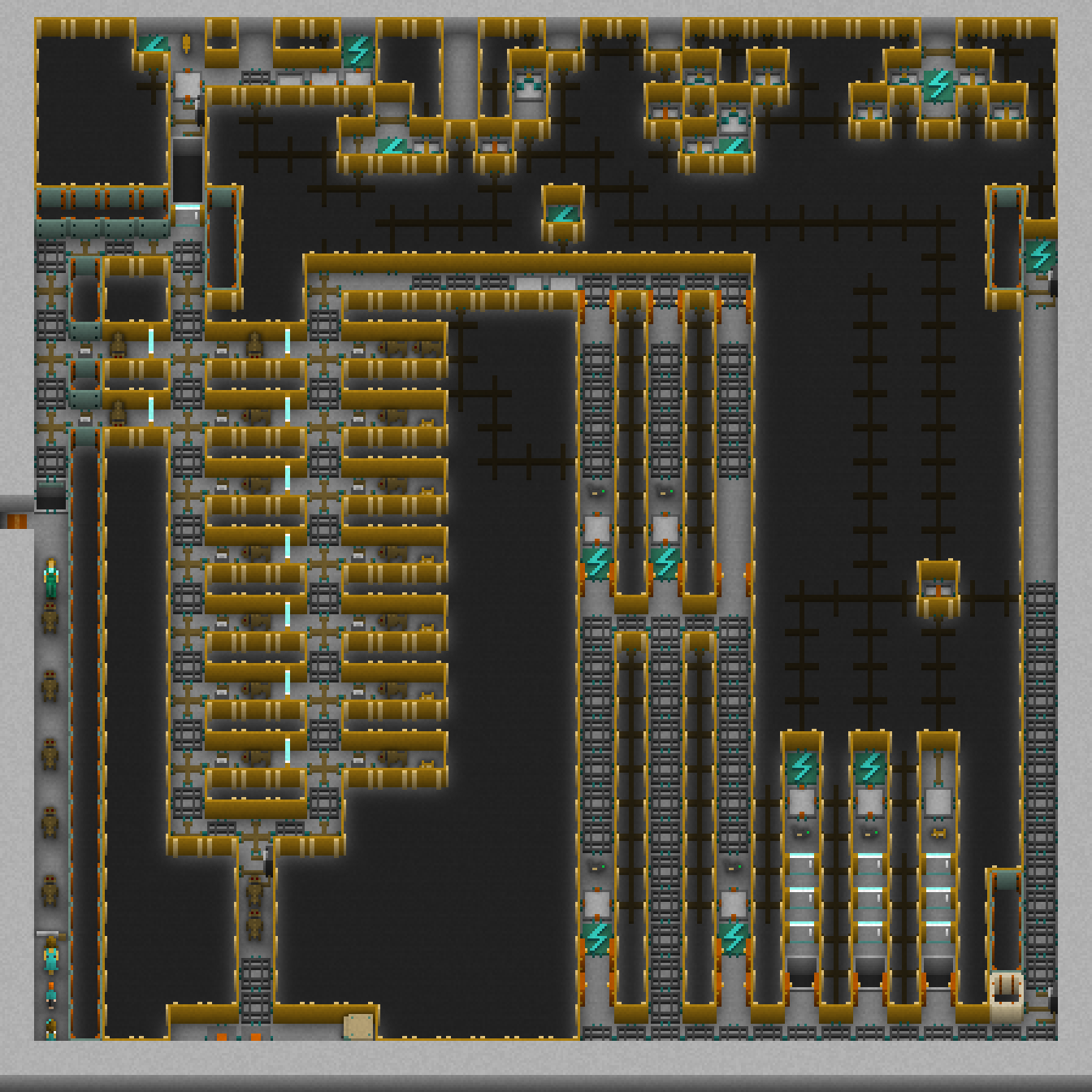 OK, this one is just a gag. In version 32, a wireless transmission bug was discovered wherein unconnected circuits could affect each other at a distance. I realized that, between the bug and the upcoming fix for the bug, there was a narrow window to pull off a prank.

First I made a house that had broken trapdoors (effectively short circuited by wireless transmission) and then when version 33 came around, the long hallway of powered doors turned on again... with no way to beat the house without tools. 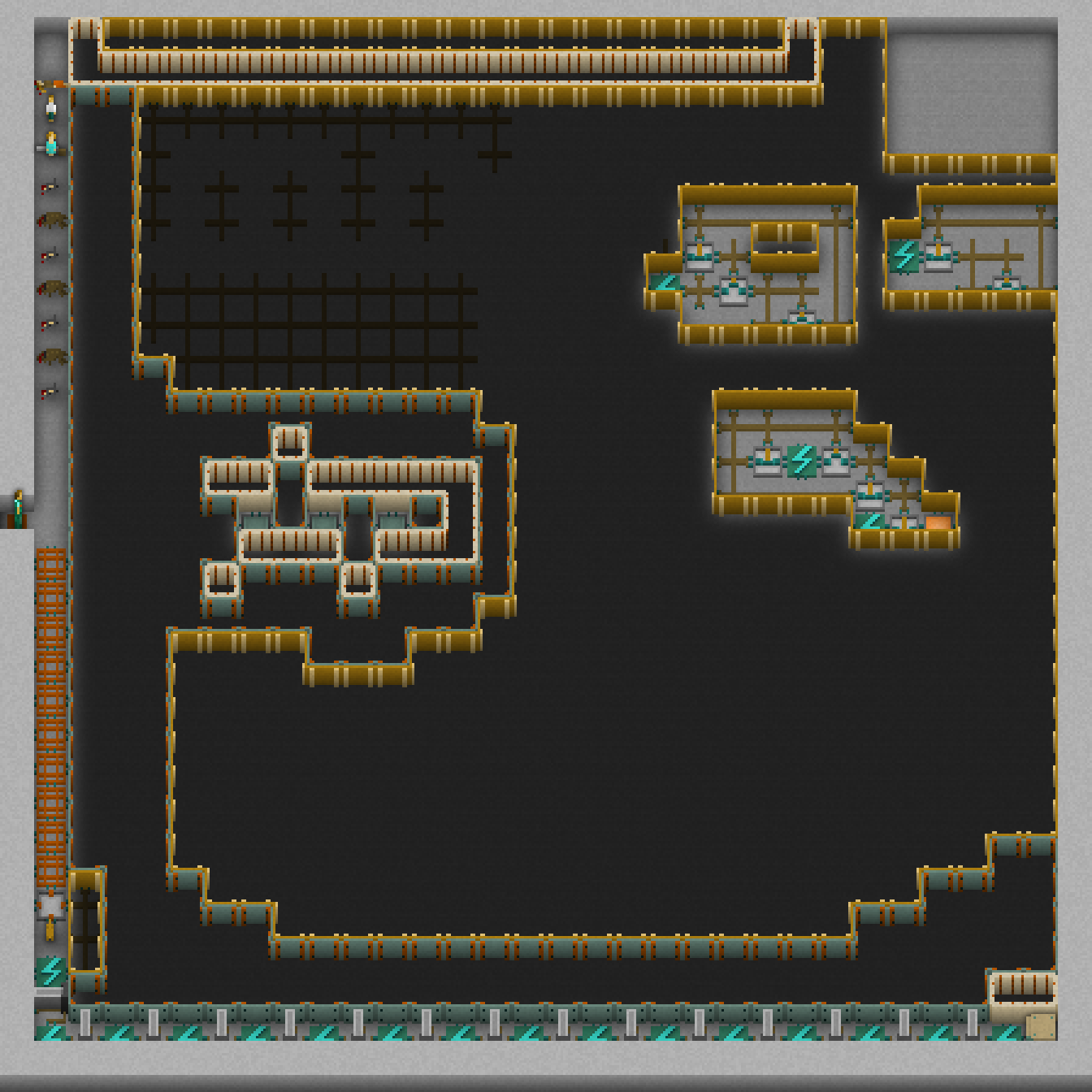 The Steal Real Money contest was insanely fun and dreadfully tense. For me, it was an all-out TCD marathon for a whole week. I got near "the top" (close enough for a physical prize) about 5 times in that week and lost it all repeatedly. Those deaths were PAINFUL. Real money (and a tiny bit of notoriety) was on the line, so take your most painful roguelike death and multiply it by 100.

The most gut wrenching death during that week was when I brashly stumbled into an apparently easy house with no tools. I saw a row of doors and what seemed to be a rookie mistake: paying careful attention to the fog of war, I could just barely tell all but one of the doors was a dead end. The safe would be right behind the other door. 'What an idiot' I thought! I stepped over an electric trap, through the "correct" door, and instantly realized my mistake: the door opened up into a sprawling maze and a huge number of additional traps. I was the idiot.

After so many failures, here's what I finally ended up with. It wasn't the best, but it was enough to net me 6th place in the contest.

Shortly after getting hit by the 79 saws, I tried to climb the neighborhood ladder again. The local kingpin was one Mr. Wallace. Wallace was in the #1 spot with over $320,000 and he was wiping out any possible competition (anybody with over $30k). I was barely shy of that with $24k...

I made a desperate attempt on Wallace's house, taking a guess on its weakness, and unbelievably it worked! I wrote a silly "acceptance speech" to mark the occasion:

Let me assure you I'm going to keep all the promises I made during my campaign. Lowering crime against myself. Supporting the fine arts. Getting our economy started again with trickle down economics. Family values. Well, I don't have a family anymore... they were taken from me in three horrific incidents. Anyway, I promise not to take out your children unless I absolutely have to. Now that I've removed General Wallace from power, things around here are going to change. Rest assured that the new king won't be like the old king. At least for today because I'm pretty busy. I'm Charles Jeffrey Penn and I approve this message.

Then with hundreds of thousands of dollars to spare, I built the most elaborate house that I could imagine: 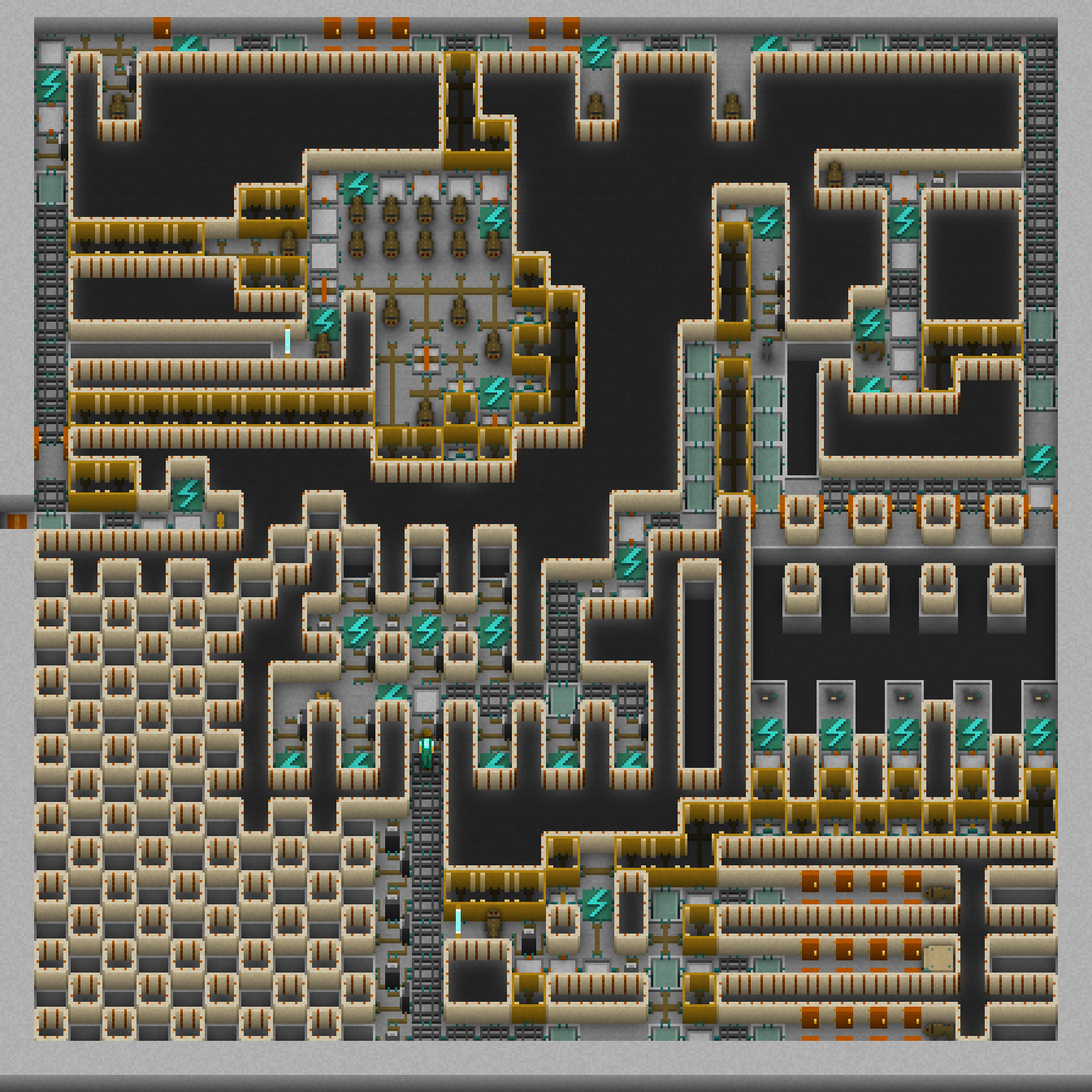 And here it is annotated because even I can't remember how the hell it worked: Don't just throw this game on your wishlist for later. The Castle Doctrine is never going on sale. With the recent changes, now might just be the best time to join the neighborhood.